A friend sent me a message this morning that made my stomach drop: “Thought of you the other day, the wind apparently blew down the Terry’s TV sign at RCA.” I immediately texted back: “NOOOOO!” Even before seeing the shattered plastic shards all over the trash-strewn sidewalk, I knew it was true.

Just last week, it was looking droopier than usual. I even made a mental note that if a secret mission to save the iconic red and white sign was to be launched, time seemed to be running short. Thanks to procrastination and last Sunday’s extraordinary weather, when 60 mile per hour gusts knocked down trees all over town, a surreptitious, light night de-installation will never happen. The relic has been scattered to the winds, just like so many of the people who once passed beneath it.

Although thousands of drivers probably zipped by this random old sign every day without giving it a second thought, an exploration into the history of the building that it dangled from for years reveals why many considered it an emblem of not just one, but two eras of Oakland. The sign advertising “Terry’s TV,” an electronics repair shop, was first erected at the intersection of W. MacArthur and Martin Luther King Jr. Blvd when the neighborhood was still home to a thriving cluster of small, Black-owned businesses. The sign was still hanging more than two decades later when a group of squatters, several of whom were young and white, moved into the long-abandoned building and dubbed the ramshackle crash pad “RCA.” (A neighboring Victorian squat was called “Hot Mess.”)

Journalist Sam Lefebvre dug into this complicated trajectory in 2018 for a feature article in Open Space, SFMOMA’s online magazine. Upon learning about the sign’s destruction, Sam responded with this reflection: “Like most people familiar with this building as an Occupy-era squat, the sign used to remind me of RCA and the Hot Mess House. I have vivid memories of friends’ bands playing there, and some of them are dead. But a couple years ago I interviewed Susan Rodgers, the longtime partner of the late property owner Felton Theriot, who opened Terry’s Sound House in 1986. Now the terrier-and-gramophone sign symbolizes a more complicated neighborhood narrative: A longtime Black-owned small business shuttered, prompting a feud between anarchists and real-estate investors, while a dizzying series of property transactions enriched a few speculators at taxpayers’ expense. Rodgers told me she wished she could take home the sign, and I hope whoever grabbed what was left of it agrees she should have it.”

By the time I got there, most of the the broken shards of what used to be the Terry’s TV sign were already gone. I don’t know if they were lovingly collected or dumped in the garbage. But I did manage to save a few pieces – and I’m planning to ask Susan Rodgers if she wants them.

This brief obituary barely scratches the surface of why so many people cared about this sign. As someone who attended, and even DJ’d at, a few RCA parties, I was enthralled by Sam’s article and interviewed him for what turned out to be one of the most enthusiastically received episodes of the East Bay Yesterday podcast. Here’s a description of the program…

“The abandoned pink building on the corner of MacArthur and Martin Luther King Jr. Way has visually dominated that busy intersection for so long that it feels like a monument. But what this monument represents depends on your perspective. It could by a symbol of what happened to one of Oakland’s thriving Black business corridors and the ongoing exodus of a community. Or it could be a symbol of how the revolutionary dreams of the Occupy era literally went down in flames. Or it could symbolize the East Bay’s insane real estate market, where the same piece of property could sell for $90,000 in 2012 and then $3.2 million a few years later.” (Listen to the full episode: Apple / SoundCloud / Spotify) PS: Shoutout to KC for the tip. 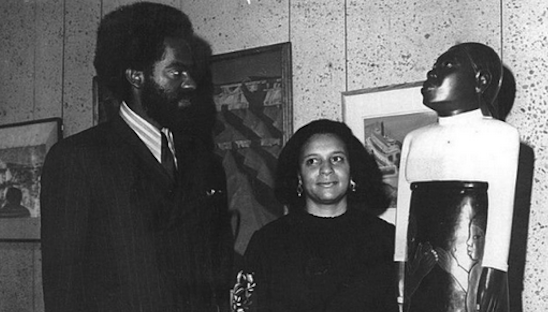 “Black Art was her language”

Searching for the mother of a movement 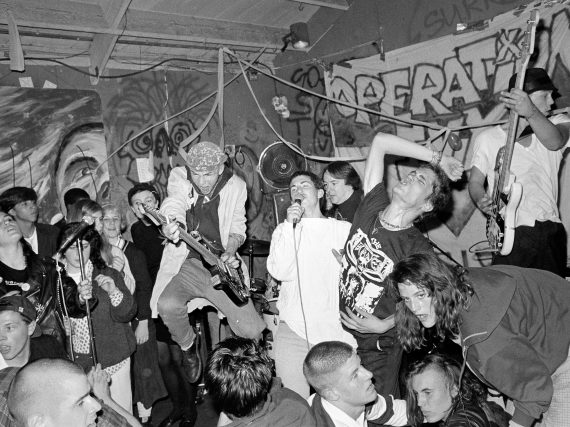