Note: This update was originally published via the East Bay Yesterday newsletter. I send about one email per month and it typically includes short essays, round-ups of local history news, links to upcoming events, and archival photos. The image above is from a postcard collection I was recently given that I plan to write more about in the coming months. Click here to sign up for the free newsletter.–Liam

Now is the time for reflection.

It’s cold outside, the nights are long, a new year looms ahead. Taking stock of my own life, which is now probably about halfway through, I haven’t been doubting my decision to focus on local history, but I have been questioning the merits of this pursuit. During long walks along the East Bay’s ridges, I’ve been chewing on thoughts like:

What’s my justification for exploring history at a time when the present feels so urgent?

How can studying history help people in today’s world?

Will I ever not be worried about money?

This last question might seem gauche compared to the other, loftier inquiries floating around in my brain, but let’s get real: It’s impossible to disentangle analysis of modern civilization, and one’s role within it, without considering the mighty buck.

One of the reasons I’ve been particularly preoccupied with cash lately is because I just finished reading “Uncanny Valley,” a new memoir by Anna Wiener about coming of age in the Bay Area’s tech industry throughout the mid-aughts. The darkly funny book traces her uncomfortable journey though jobs in customer service-related positions at several startups and growing tech firms. Despite Wiener’s desire to fit in with her new ecosystem’s self-congratulatory culture, she struggles with alienation – and not just because she doesn’t know how to code. Unlike her hyper-ambitious colleagues, Wiener questions business models that rely on digital surveillance, she prefers artsy novels over manuals for “self-optimization,” she’s a woman. And yet, she’s able to put ethical qualms and personal torment (at the hands of egotistical CEOs, sexist co-workers, herself) aside for a few years, because the switch from New York’s literary industry to booming San Francisco lifted her from poverty wages to a six-figure income with myriad benefits practically overnight. Facing burnout, Wiener eventually breaks free from these “golden handcuffs” and now writes dispatches about her former Silicon Valley overlords for the New Yorker.

The reason why there’s a book review wedged in the middle of this essay self-analyzing why I do East Bay Yesterday is because of a section in the memoir about techies adopting certain elements of the Bay Area’s counter-cultural legacy. Attending a rave on a communitarian farm, Wiener observes geodesic domes, rampant nudity, casual drug use, a retrofitted school bus full of musicians, and earnestly utopian conversations about forming a collective in Mendocino. Pondering these “back-to-the-land fantasies,” she writes, “I wondered if all this was perhaps just a form of resistance. Technology was gnawing into relationships, community, identity, the commons. Maybe nostalgia was just an instinctual response to the sense that materiality was disappearing from the world.”

This passage grabbed my attention because it forced me to question my own motivations: I want to believe that my embrace of history isn’t driven by nostalgia. A twinge of nostalgia is natural, but wallowing in it is lazy, even dangerous (“Make America Great Again”). I had to put the book down and consider a life-changing shift I made nearly five years ago…

My decision to pivot careers and become a local historian at the age of 36, after getting laid off from online media, was a direct reaction to the tech boom that Wiener wrestles with in “Uncanny Valley.” At the most urgent level, I wanted to document stories of people who were being rapidly displaced as billions sloshed into the real estate market. A VC-backed surge was flushing out whole communities and my goal was to capture and celebrate the legacies of an East Bay that I was watching disappear.

But I was also interested in the possibilities of using history as, yes, “a form of resistance.” Not only in mining the past for political strategies or inspirational figures, but in the very act of embracing history, immersing myself in it. At a time when those having the greatest cultural impact on our world were demanding that the rest of humanity must accelerate ever faster or become obsolete, “evolve” or be disrupted, only look forward, never back at the trail of destruction left  behind in the quest towards lucrative efficiency… rejecting this perspective in favor of a contrary orientation felt like dropping a defiant anchor. Sure, it would be impossible to completely resist getting dragged along by Silicon Valley’s current – I’m not a Luddite or a primitivist – but I was appalled by tech culture’s dismissive view of the past and decided to build something to challenge this hegemonic futurism. So I started East Bay Yesterday.

At least, this is the story I like to tell myself. Like nostalgia, smugness is also a quality I try to avoid, so I’ll switch gears now and admit to feeling a throb of jealousy as I read Wiener’s stories of lavish breakrooms, extravagant company outings, and twenty-somethings with “fuck you money.” But, values aside, I know that I’d never succeed in that world. For starters, Computer Science 101 was the only college class I ever dropped. And despite my unimpressive bank account, I have no regrets about the path I walk.

At its heart, “Uncanny Valley” is a book about the struggle to find happiness in the Bay Area. When I moved here in 2003, I found love and an abundance of friendship almost immediately; lifelong bonds formed at sweaty warehouse parties, on the front lines of anti-war marches, over dumpster-dived pastries. This morning, my “office” was a decrepit picnic table at San Antonio Park, where I almost stepped on a used condom after wrapping up a two-hour interview about Oakland’s Chicano history. I wouldn’t trade that experience for all the perks in SOMA.

Except for the part about the used condom. That was gross.

-The big “Google union” announcement this week gives added relevance to my latest podcast episode about “America’s last great general strike.” It’s too bad that the momentary takeover of the Capitol by conspiracy nuts and white supremacists knocked this important story of worker solidarity out of headlines so fast, but I have a feeling that 2021 is going to be a big year for workers getting more aggressive about demanding their rights. For more on the connection between California’s labor history and current organizing efforts, listen to the new episode of the California Sun podcast, featuring an interview with the brilliant Kathryn Olmstead.

-As always, thank you to those of you supporting East Bay Yesterday on Patreon. You’re not just supporting the show financially, but you’re also inspiring me to keep doing this, because I know it’s appreciated.

-My night heron t-shirt has been restocked at Oaklandish.

-Tickets are on sale for my spring boat tours. 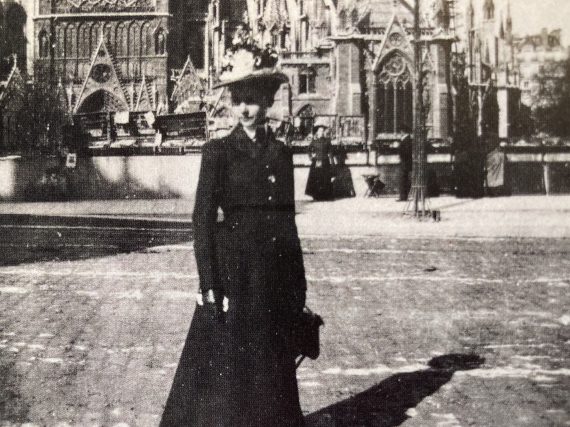